Stanton Lacy is a small village and civil parish and located in south Shropshire, England.

One quarter of Ludlow Racecourse and the Ludlow Golf Club is located in the parish, to the south of the village.

The River Corve flows through the parish, on its way south towards the River Teme.

The parish can be divided into five main areas:

Stanton Lacy can trace its history as far back as the Norman conquest of 1066,

and is generally considered to be founded by Roger de Lacy around that time. The parish has had a long and varied history.

Much of the parish, as well as the neighbouring parish of Bromfield, is part of the Earl of Plymouth's Oakly Park Estate.

It was an Anglo Saxon settlement of some considerable size and was originally referred to as 'Stanton'.

The suffix "Lacy" was added in Norman times when the de Lacys became the new Lords of the Manor.

In terms of importance, Stanton Lacy far exceeded that of Ludlow, however,

as Ludlow grew, Stanton declined relatively in importance and the new town became the centre of trade for the area.

Up until the 19th Century, Ludlow Castle was included in the parish of Stanton Lacy.

A detailed map of the parish is available on Shropshire County Council's web site  https://shropshire.maps.arcgis.com/apps/webappviewer/index.html?id=d6ab15037ca741589b262f27170843c1 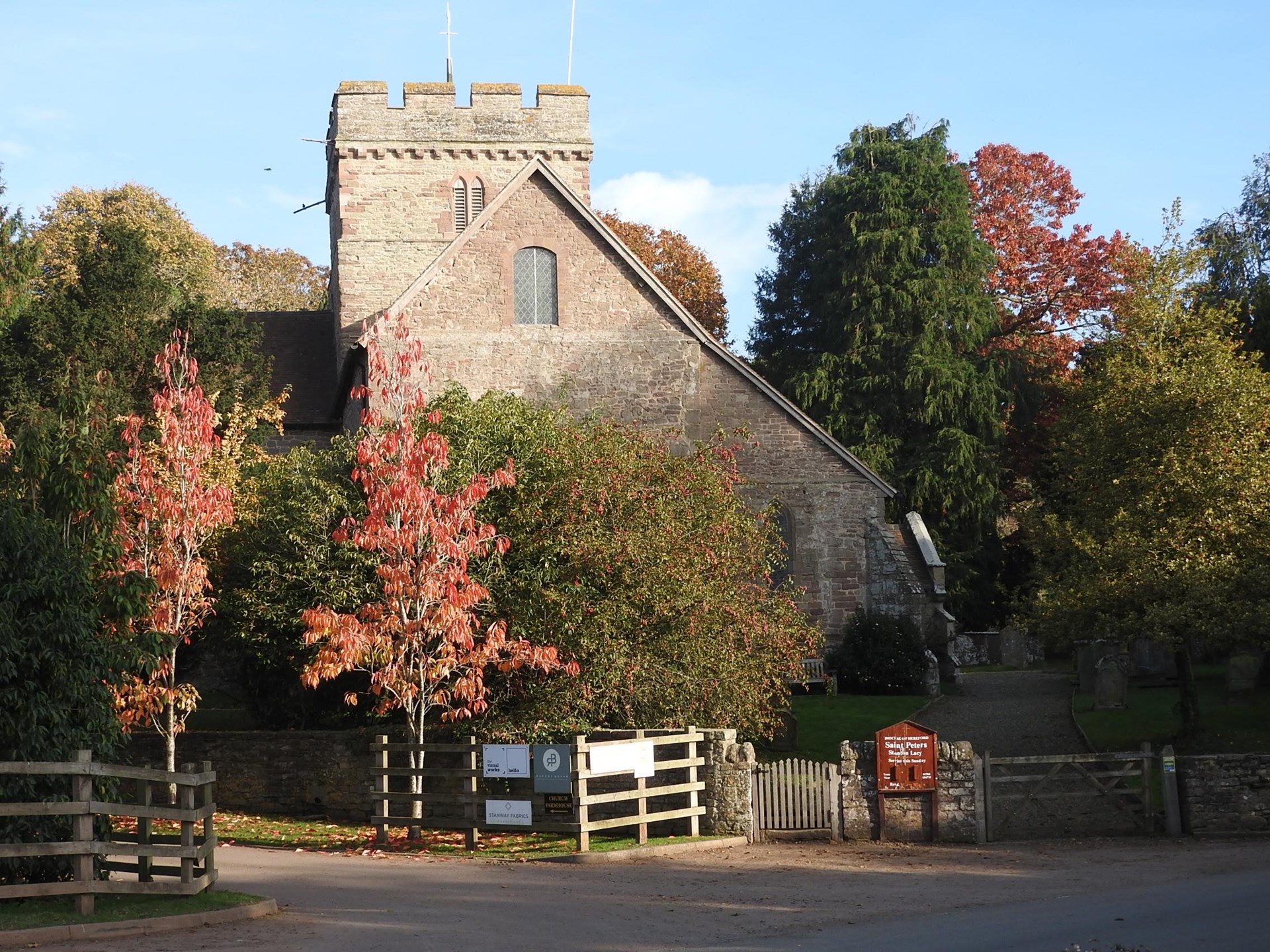